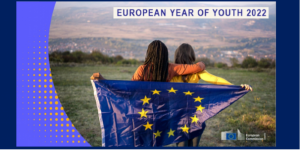 The majority does not understand what the European Union is.

While the EU ministers found narrow ground for the Western Balkans Six (WB6) to join the bloc, the war in Ukraine has changed the dynamics 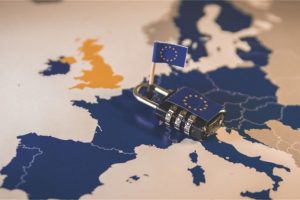 Crisis in the Neighborhood: A new impetus for European defense

A new impetus for European defense 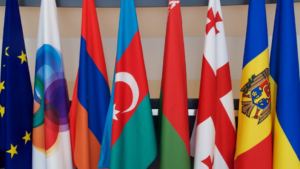 The response of the cornered bear. 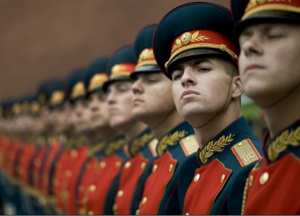 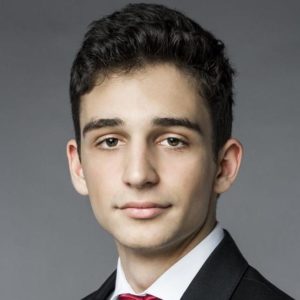 This paper, focusing on its perception by the Kremlin, identifies two core contributors to the deterioration of EU-Russian relations: firstly, the clashing integrational attempts in Eastern Europe – namely the conflict between the EU’s Eastern Partnership (EaP) and the Russian Eurasian Economic Union (EEU) – which Moscow interpreted as a western intrusion into its private sphere of influence, the “Russian near abroad”, and secondly the Kremlin’s response to this growing geoeconomic friction in the form of initiating a new campaign of coercive diplomacy that escalated the situation into a geopolitical crisis.

By the end of the Yeltsin era, in 1999 Russian–European relations were nothing alike the rivalry and mutual distrust that describes much of the second half of the twentieth century. Less than a decade after the dissolution of the USSR, Russian lawmakers not only considered the European Union a diplomatic partner, but also a community that Russia is regrettably not a member of. A continuation of this amicable relationship can be observed in the early years of Vladimir Putin’s presidency as the growing economic cooperation, the reliable energy supply and the alliance in the ‘war on terror’ further strengthened the Brussels-Moscow axis. This ‘strategic partnership’, albeit considered an unmatched opportunity to affect world affairs for the better, lasted less than a decade as both parties began expressing their dislike of the hostile behaviour of the other. While Russia saw malicious intent in the EU’s ever-growing integration of Central and then Eastern Europe, lawmakers in Brussels started to give voice to their concerns regarding Russia’s return to its autocratic roots both in its domestic affairs and, more importantly, in relation to the post-soviet space. This gradual worsening of EU-Russian relations culminated in the Ukraine crisis and more specifically in the Russian annexation of Crimea.

Second part: The response of the cornered bear

As discussed in the previous segment, the Ukrainian Orange Revolution was one of the first milestones in the deteriorating EU–Russian relation, however, it is now argued that this seemingly domestic conflict has not only played a vital role in the rivalry of the EaP and the EEU, but also initiated Russia’s coercive diplomacy.

Strengthening this paper’s previous evaluation of Ukraine’s importance to Moscow is the Kremlin’s heavy involvement in the country’s 2004 election campaign which climaxed in the personal visit of President Putin only weeks prior to the election. Although the Russian president advocating for Yanukovych was undoubtedly concerning from a liberal democratic viewpoint, it falls short to be considered direct foreign intervention. To put it into context, it is hardly different from the European diplomats’ contribution to the developing protest in the aftermath of the election, who “conducted their most aggressive intervention yet in the affairs of the former Soviet space”. The fall of the pro-Russian regime in this manner, assisted by the EU, not only changed Moscow’s perception of Brussels, but also proved that ‘conventional diplomacy’ even at its extremes, such as a presidential visit, was not sufficient to keep Ukraine in the Russian sphere of influence hence a new approach was necessary which Russia found in coercive diplomacy.

In general terms, coercive diplomacy is a strategy that aims to alter the will or incentive structure of the opposing actor in order to achieve compliance with one’s demand. While ‘classic diplomacy’ recognises coercion as a “remote contingency” and focuses either on negotiation and other peaceful methods or on full-scale military involvement, coercive diplomacy acts strictly in the ‘grey area’ between the two, by applying pressure. The methods of coercion are infinitely diverse and mostly dependent on the characteristics of the relationship between the two actors, consequently, the analysis of this subject can only be expedient if executed in the framework of a specific case. In the context of this paper, the most influential example of coercive diplomacy is the Russian involvement in Ukrainian politics, therefore, this case study will be used to illustrate how coercion contributed to the worsening of EU-Russian relations.

The first wave of Russia’s coercive actions can be observed in the period between the Orange revolution and 2009, when Ukraine joined the EaP. At this stage, Moscow’s primary instrument was the Russian state-controlled energy company, Gazprom, which shut off gas supply to Ukraine first in 2006. This initial shock, however, did not deliver the expected results, as Ukraine continued negotiations with the EU, which by 2008 announced the plans of the Eastern Partnership (EaP). To deter Kiev from joining the EaP, in January 2009 Gazprom temporarily shut off the supply of gas to Ukraine for the second time over a disagreement concerning an unreasonable increase in price. Ultimately, Ukraine’s EaP membership is the decisive evidence that this sort of meddling with subsidised gas prices and occasional threatening shutoffs is an outdated Soviet relic rather than a functional strategy. Furthermore, the one and only clear result of this weaponization of Gazprom was the change in Brussels’s perception, which has no longer considered Russia a reliable supplier of energy.

The dawn of the Euro-Maiden marks the second wave of Russian coercion. In 2013, after years of preparation, Ukraine was ready to sign the Association Agreement (AA) with the EU, taking the integration of the country to a new, higher level. However, Russia’s new, extended portfolio of coercive mechanisms was more effective than in 2009 and altered the incentive structure of Kiev to such an extent that it backtracked from the AA. It seems that the Kremlin has learned its lesson from the past and matched up deterrence with persuasion: as Putin did not only temporarily increased controls and restrictions on the Russia-Ukraine border, essentially paralysing trade relations for the summer, but also signed a deal with Yanukovych some weeks after the rejection of the AA that granted reduced gas prices and a $15bn loan for Ukraine. However, this increased Russian interference in Ukrainian politics had unforeseeable consequences. What started as a small pro-AA protest on Maidan square in Kiev, has grown to be a revolution referred to as the Euro-Maidan, eventually overthrowing the pro-Russian Yanukovych regime and consequently fatally weakening Moscow’s influence in the region, turning Ukraine westwards overnight.

In a hasty manner, as one of the first actions of this fresh, post-Yanukovych parliament, a proposal was passed that repealed the right of Ukraine’s minorities for the official use of their native languages. Although the law was later vetoed by the Ukrainian president, this proposed legislation played perfectly into Moscow’s image of an increasingly anti-Russian Ukraine and gave the bare minimum justification for the appearance of “local self-defence units” on the Crimean peninsula populated by majority ethnic Russians. These “little green men” acted out what this paper considers the third wave of Russian coercion and Alexei Yurchak describes as the “political technology of non-occupation”, the process of taking over a foreign territory by using non-affiliative proxy armies and legally dubious political reforms. In the case of Crimea, the political changes followed the military actions rather closely. As the unidentified military personnel cut off the peninsula from the Ukrainian mainland and isolated the Ukrainian military bases, local gunmen seized the Crimean Autonomous Republic Parliament and held a session that met no legal requirement but elected Sergei Aksyonov the head of the Crimean government. This new parliament then staged a referendum that was used to legitimize Crimea’s secession from Ukraine and its annexation by Russia, regardless of voter irregularities, the boycott by the ethnic Tatar population of the peninsula and the presence of suspected foreign armed forces on the streets.

These actions have numerous and long-lasting implications, however, in many cases, they fall outside of the scope of this analysis. The two core aspects that directly affected EU-Russian relations are; the punitive actions, such as visa bans, asset freezing and trade embargos on Russian products, and the institutional break between the West and Russia which took the form of the termination of EU-Russian summits and the exclusion of Moscow from the G8s.

To summarize, this paper has introduced and discussed how and to what extent did the mutual intention to integrate Eastern Europe and Moscow’s increasing reliance on coercive diplomacy contributed to the worsening of EU-Russian relations in the first fifteen years of the 21st century and attempted to do so from a Russian point of view. The case study of Ukraine was heavily used to illustrate both incentives for and implications of this geoeconomic competition which further escalated into a geopolitical rivalry in the aftermath of the Orange revolution. However, recognising that the topic of EU-Russian relations is more complex than these two factors would suggest, and admitting that even within these topics certain aspects could not have been attended, such as the very modern and understudied field of cyber coercion, this essay leaves one key question open: Has EU-Russian relations reached the point of no return?